We can’t help but be thrilled anytime a new restaurant opens up in Dubai – the more, the merrier, we always say.

So, when we first got wind of some brand new hotspots making their way to the city, we knew we wanted to be there for it all, front and center!

Prepare to be spoiled for choice as we round up five of the most exciting restaurant openings that have recently been added to Dubai’s glittering social scene. 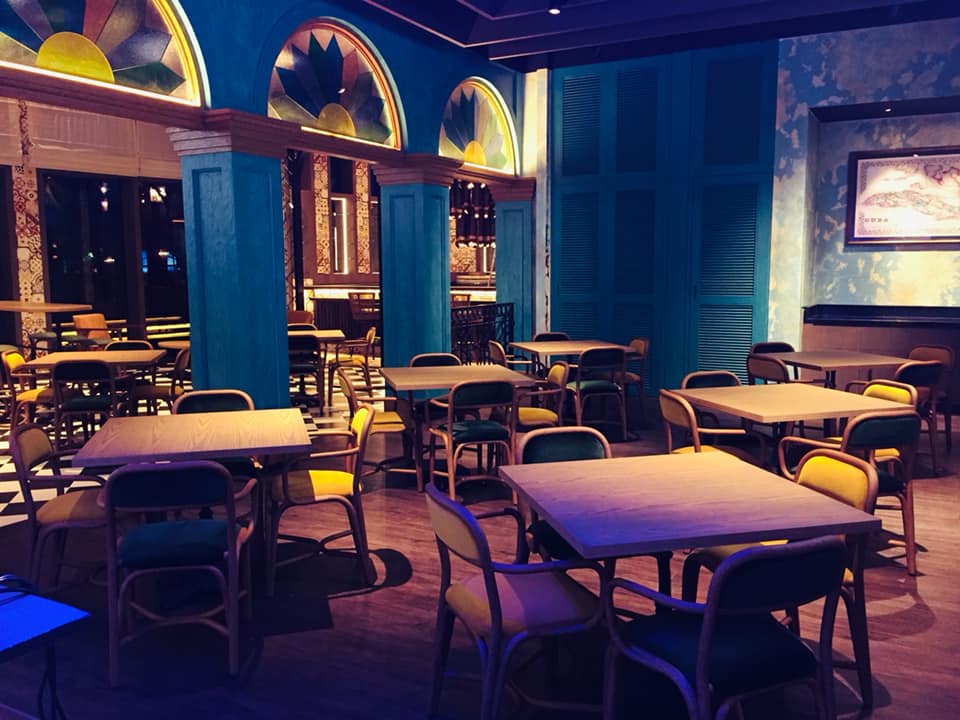 If your heart is still in Havana, then head to Havana Social Club at Caesars Palace Bluewaters Dubai where you can enjoy all things Cuban – from a collection of signature rolls to mixed drinks inspired from the region.

Their menu is divided into three sections – ‘crujiente’ (crunchy), ‘manos’ (hands) and ‘dulce’ (sweet) – with each section featuring an array of Cuban specialities that’ll leave you smacking your lips in delight.

Since a vibrant venue such as this one would be incomplete without some sultry Latin music, you can also look forward to a night of chilled Cuban songs that’ll instantly take you back to “an era of the Havana Cabaret Club.”

The restaurant is now open from Mondays to Saturdays from 1pm until 1am. 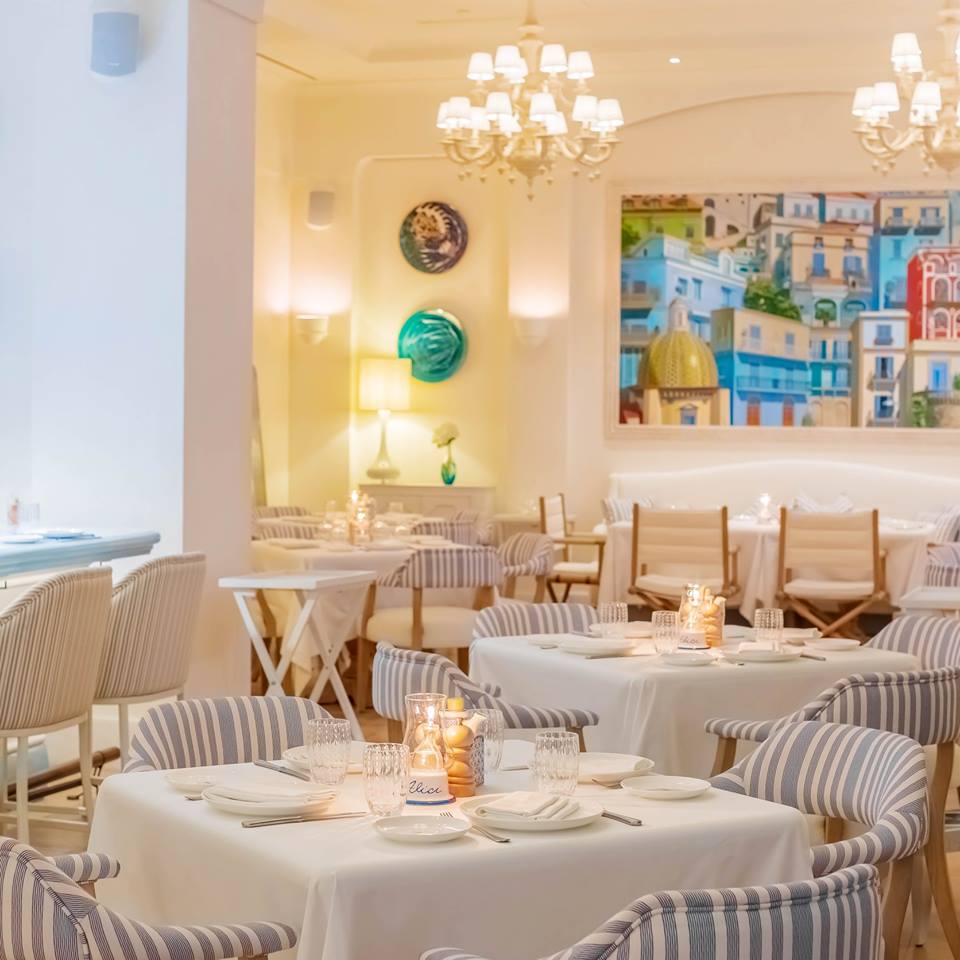 You’d be right in expecting only big things from this brand new Italian restaurant and bar at Caesers Palace Bluewaters. Alici Dubai got off to a fabulous start since its opening back in February.

The stunning two-story seafood spot offers incredible views of the marina with a décor that’s heavily inspired by the Amalfi coast line – down to the flowers that line up the restaurant outside.

What’s on the menu?! You’ll be tucking into only the finest Italian dishes including caviar, tagliolini with ricci di mare and a platter of raw Italian seafood. The dessert menu looks good too with all-time favorites such as cheesecake and lemon mousse all set to satisfy your sweet cravings. 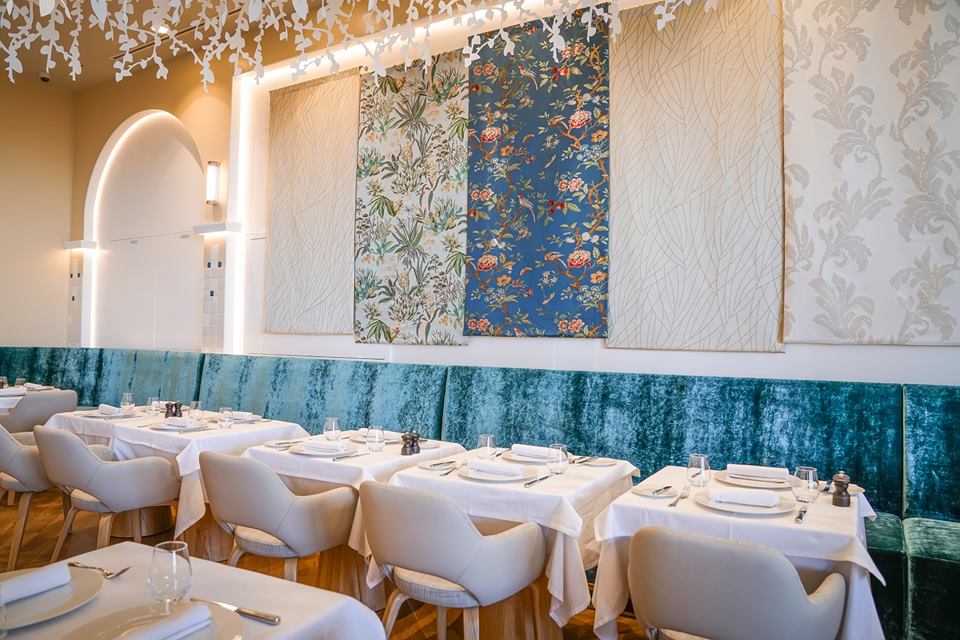 Love French cuisine? Rue Royale will easily become one of your favorites in the city. Having opened up at The Pointe, Palm Jumeirah, you’re going to fall in love with the spectacular view of the Atlantis outside.

The brainchild of award-winning chef Mathieu Viannay, this high-end restaurant offers a dining experience that’ll feature only the best in French cuisine with a Middle Eastern twist.

This will also make an amazing breakfast spot considering the unbeatable views of The Palm. Make sure you don’t forget to order their French toast for a delicious start to the day – bon appétit!

Rue Royale is open from 8am to 12am on weekdays, and 8am to 1am on weekends. 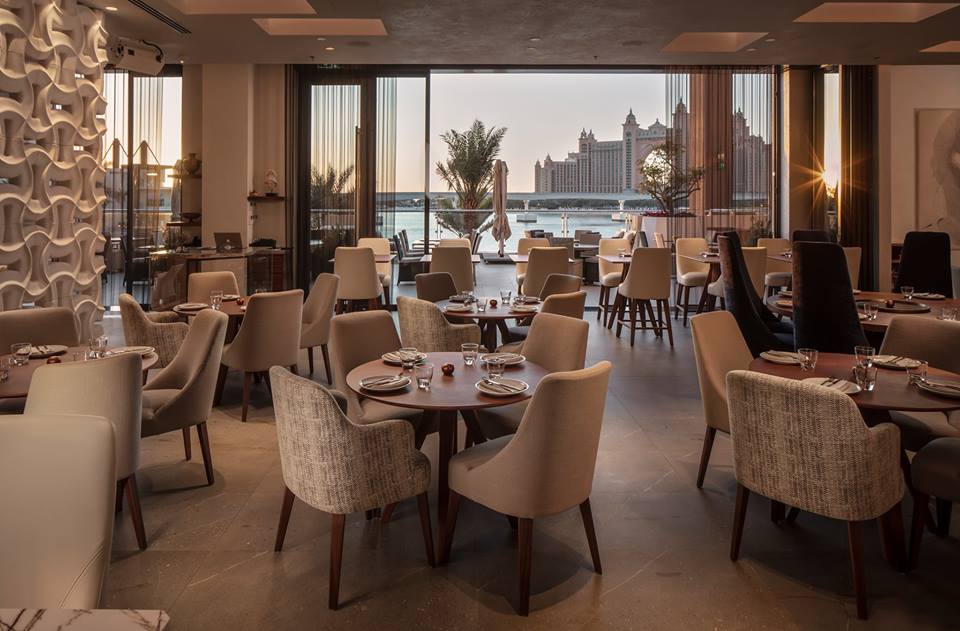 Fans of authentic Greek cuisine should make their way over to Ena at The Pointe. You can enjoy unrivaled views of the Arabian Gulf while digging into traditional favorites such as creamy tarama and veal yiouvetsi.

With ingredients that have been directly sourced from villages in Greece, you’ll be reminiscing about homemade food and sunny days spent at the Mediterranean. Desserts such as Portokalopita should become an instant hit with those that have a sweet tooth.

Ena (which translates to one in Greek) has both indoor and outdoor seating available – but with such a gorgeous view outside, you’d be wise to book your tables far in advance.

Considered to be one of the greatest Portuguese chefs around, José Avillez is the man behind Tasca – the new Portuguese restaurant that’s opened up at Mandarin Oriental Jumeirah. You can enjoy all your favorites here from Piri Piri chicken to a delicious surf and turf platter.

With a menu that offers contemporary dishes, don’t be surprised to find Arabic and African influences – make sure you don’t miss the lively open kitchen. The view of Dubai’s beautiful skyline provides plenty of photo opportunities – trust us, you’d be tempted to whip out your camera every other second.


ONE TO WATCH OUT FOR: 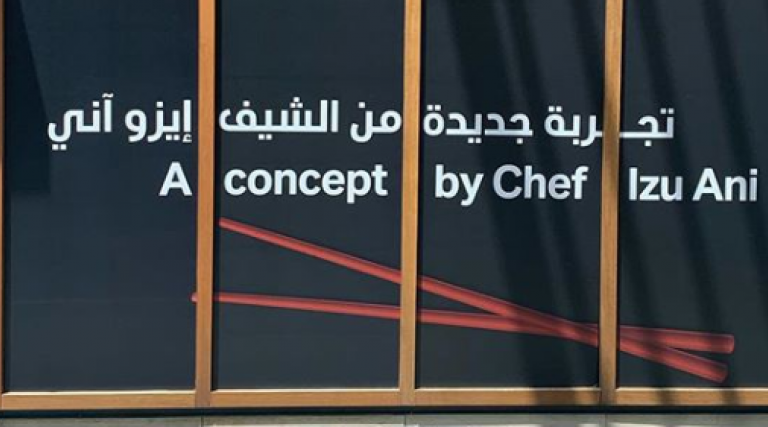 Chef Izu Ani will soon be launching a new restaurant in City Walk. While not much is known about the opening, we’ve seen a board in The Square that announces “a concept by Chef Izu Ani” should be coming soon.

Judging by the hoardings outside that feature chopsticks and an oragami bird, it’d be safe to assume that it’ll probably be an Asian restaurant. This will definitely be one to watch for as the award-winning chef has already opened up plenty of successful restaurants in the city.

Chef Izu’s new restaurant will be replacing Galvin Bistrot & Bar which had shut down on the 31st of March – exciting times ahead!