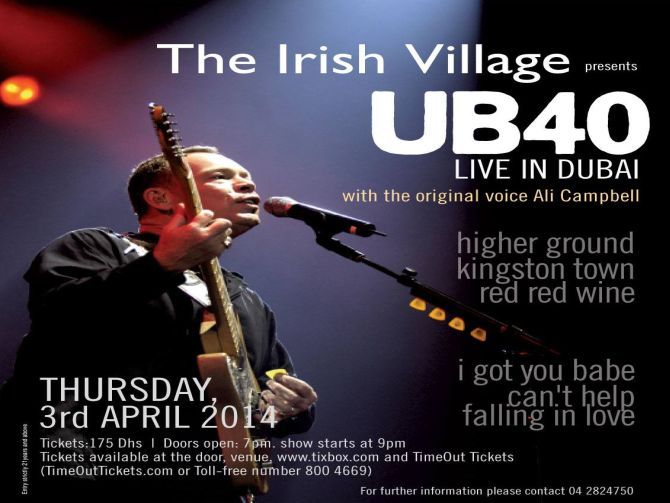 UB40 is a British band formed in the late seventies and has been nominated for Grammy Awards four times. One of the world's best-selling groups, UB40 have sold over 70 million records through their music career. Their hit singles include, Food for Thought, Red Red Wine and Can't Help Falling in Love.
There has recently been a dispute between band members with the result leading to two separate bands, UB40 and UB40 Reunited. Of the two, UB40 Reunited will be performing their classic reggae tunes on this night. The band will create another album in 2014 and this performance is part of a world tour they are on.
UB40 Reunited will be performing at the Irish Village for one night only.