Mutek Festival is coming to Dubai!

For the First time in UAE, Montreal-based MUTEK has now extended its reach to the Middle East with its recent announcement of a two-day micro festival in Dubai.

The two day festival, set to take place on November 16-17 will be headlined by international titans in electronic music and audio-visual arts, including Jeff Mills, one of the most influential American names in techno, Russian audio-visual artist Dasha Rush and Spanish pianist Francesco Tristano, as well as local artists including Abri & The Dreamfleet, who will be releasing their new album at the festival.

Director Mehdi Ansari believes that Dubai is the perfect place for such an event to take place, saying: “We’re bringing MUTEK to Dubai because we see the deep potential and interest from people in enriching the city’s music, art and digital culture, which is still in its early stages... MUTEK’s format and curatorial philosophy, with its commitments to local artistic communities in every city it exists, intersects perfectly with this mission." 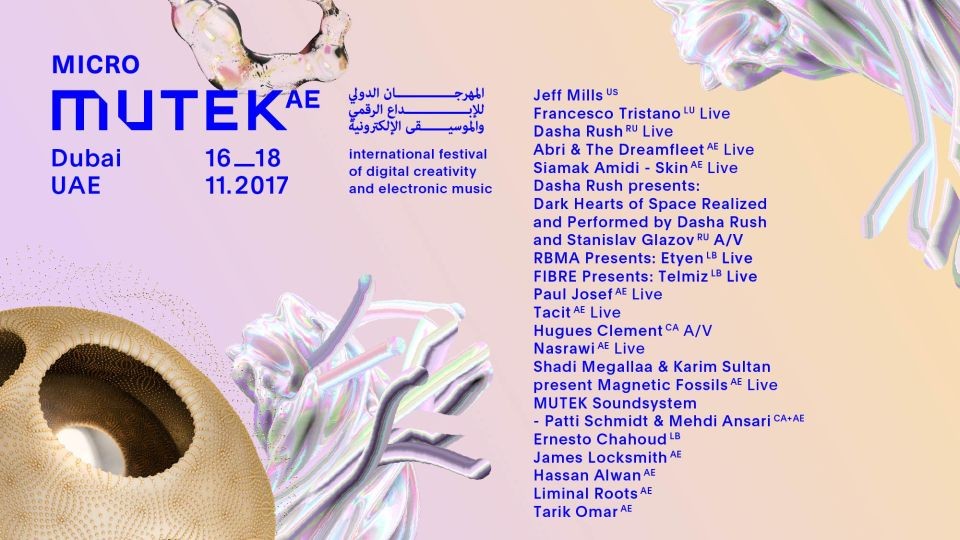